You Are Here: Home > Cases & News > News Why is titanium used for aviation?

Why is titanium used for aviation? 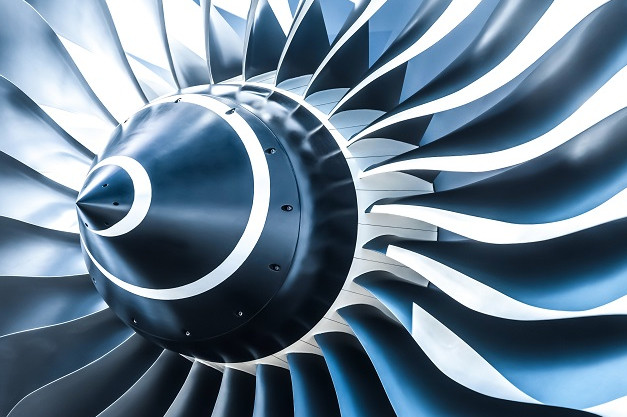 The characteristics of titanium

High thermal strength: the operating temperature is several hundred degrees higher than aluminum alloy, and it can work at 450 ~ 500℃ for a long time.

Classification and use of titanium alloy

Although titanium and its alloy application history is not long, but because of its superior performance, has won a number of honorable titles. The first award was space Metal. It is light, strong and high temperature resistant, especially suitable for the manufacture of aircraft and various spacecraft. About three-quarters of the titanium and titanium alloys produced in the world today are used in the aerospace industry. Many parts that used to be made of aluminum alloy were made of titanium alloy.

Application of Titanium alloy in aviation

In 1950, the United States for the first time in the F-84 fighter-bomber fuselage heat shield, air hood, tail cover and other non-load bearing components. Since the 1960s, titanium alloy has been used to move from the rear fuselage to the middle fuselage, partly replacing structural steel to make important load-bearing components such as frames, beams, flaps and slides. Since the 1970s, civil aircraft began to use a large amount of titanium alloy, such as Boeing 747 aircraft with more than 3,640 kilograms of titanium accounted for 28% of the weight of the aircraft. With the development of processing technology, a large number of titanium alloys are used in rockets, satellites and spacecraft.

The more advanced the plane, the more titanium it uses. The titanium alloy used in America's F-14A fighter aircraft accounts for about 25% of its weight; F-15a fighter 25.8 percent; The U.S. fourth-generation fighter jet uses 41 percent titanium, and its F119 engine uses 39 percent, the highest amount of titanium currently used by the aircraft.

Why titanium alloys are widely used in aviation

When the thrust-weight ratio of aero-engine increases from 4 ~ 6 to 8 ~ 10, and the compressor outlet temperature increases correspondingly from 200 ~ 300℃ to 500 ~ 600℃, the low-pressure compressor discs and blades originally made of aluminum must be changed to titanium alloy.

High pressure compressor discs and blades made of titanium alloy instead of stainless steel can reduce the weight of the structure. For every 10 per cent weight loss, 4 per cent fuel savings can be achieved. For a rocket, one kilogram of weight can increase its range by 15 kilometers.